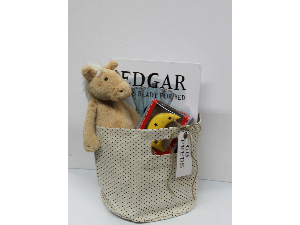 This package includes a gift basket including one (1) pony, one (1) moon night light, one (1) baby lit Edgar bedtime and one (1) pint bin.