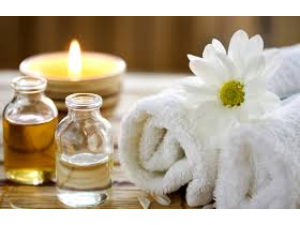 This package includes a one (1) hour massage at The Journey, a $50 Gift Card to Stacey Rhodes Boutique in Brentwood, a dinner party pack from Cake Vintage and two (2) wine glasses.

Donated by: The Journey, Stacey Rhodes Boutique and Hester and Cook