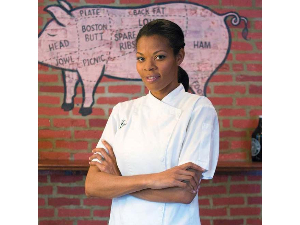 Chef Barbie Marshall, a top finalist from Gordon Ramsay's Hell's Kitchen, will plan and prepare a custom 5-course plated meal for 4 guests in the auction winner's home within 25 miles of downtown Philadelphia. This package does NOT include cost of ingredients, wine, service staff & travel over the 25 radius. To be used within 1 year of auction on a mutually agreed upon date; excludes major holidays ie. Valentine's Day, New Year's Eve, etc. For more information: http://ChefBarbie.com