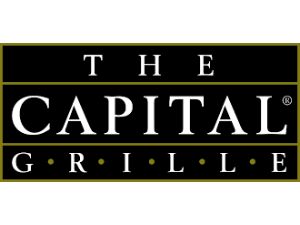 "A set of engraved steak knives, a bottle of wine and a certificate for 4 guests to join us for lunch". The Capital Grille, fine dining restaurant known for its dry aged steaks, award-winning wine list and professional service in an atmosphere of relaxed elegance. For more info visit: www.thecapitalgrille.com