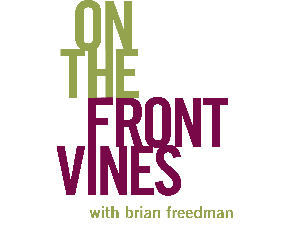 A Private One-Hour Wine Party with Brian Freedman. Invite up to 12 of your friends to a location, within 20 miles of Center City for a one (1), hour party exploring four (4) wines*. Certificate must be used within one year. For more info on visit: www.onthefrontvines.com