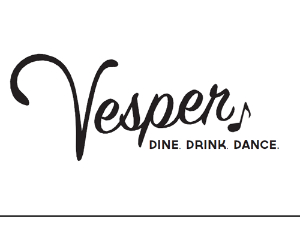 Enjoy a night out at Philadelphia's newest supper club, Vesper with a gift certificate for dinner for 2 up to $150.00 in food and beverages. Vesper is Philadelphia's modern day supper club. A place that combine live music with great food and classic cocktails, Opening February 15th! For mor information visit: www.vesperphilly.com