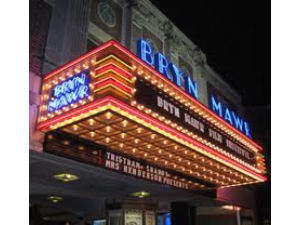 A one-year "Couple/Family" membership to the Bryn Mawr Film Institute. Benefits include discounted admission, invitations to special screenings and events, and much more while supporting BMFI's theater restoration and education programs. For more info visit: brynmawrfilm.org