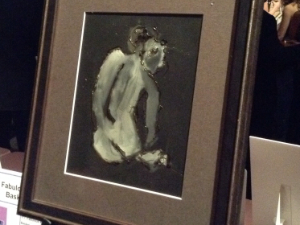 Francine Turk (http://www.francineturk.com) is the artist and founder of Francine Turk based in
Chicago's historic Prairie Avenue District. Her diverse body of work
is comprised of striking charcoal drawings, various mixed mediums and
abstracted color relationships. Each piece invites the viewer into her
work's coexistence of simplicity and depth. Turk's classic pieces are
testaments of timeless elegance. Most abundant in her anthology of
work, Francine's nude figure drawings redefine a space by transforming
a well- known subject into an exploration of emotion and passion. The
viewer is offered a glimpse into an earnest portrayal of grace and
beauty. The persistent refinement of her craft through international
travel and scholarly studies allows Francine's visionary work to
transcend the here and now.