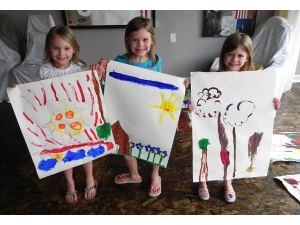 What a great birthday party - a 2-hour art party for 8 children at the Beauty & Brawn Art Gallery & Think Space on west Fullerton in Logan Square. The center combines the intelligence and intellectual pulse of an art gallery and the indelible power and importance of an arts education space that truly lies outside the box. Our mission is to service the community with outstanding arts education, resources, supreme artworks, visionary projects, and philanthropic and charitable principles. Expires 10/13/2014, class is limited to children only. Donor: Beauty & Brawn Art Gallery & Think space