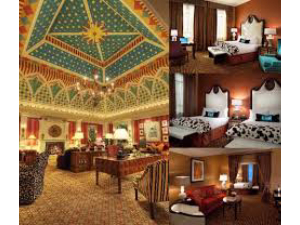 Enjoy a complimentary one night stay at the Hotel Monaco, A Kimpton Hotel in Denver, CO with a $75.00 gift card redeemable at theDenver's NEW Union Station. This certificate can be used for the Terminal Bar, Cooper Lounge, ACME Burger, Milkbox and Pigtrain Coffee.