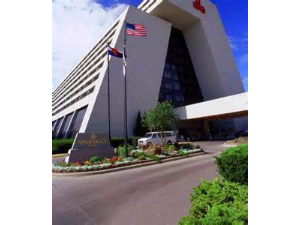 Enjoy a one night weekend stay with breakfast for 2 and complimentary parking at the Renaissance Denver Hotel located in the Stapleton area of Denver.