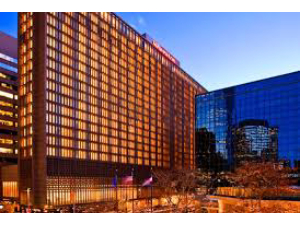 Enjoy a one night complimentary stay with parking at the Sheraton Denver Downtown Hotel and breakfast for 2. When visiting the Mile High City, why not stay where the rarified air around you is befitting of the city that welcomes you? Perfectly located on a mile-long pedestrian promenade of outdoor bistros, microbreweries, shopping and entertainment, and situated in the heart of Denver's financial and business districts, the Sheraton Denver Downtown Hotel welcomes you.