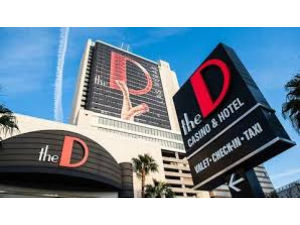 This package includes a three (3) night stay in a newly renovate room at the D Casino and Hotel in downtown Las Vegas, two (2) tickets to the World Famous Show Marriage Can Be Murder (an interactive dinner theatre show that includes a three course gourmet meal).