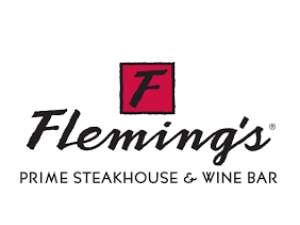 You will receive $500 in gift cards to Fleming's Prime Steakhouse & Wine Bar to host a dinner with Terry and Sheila Crisp on a mutually agreed upon date. (Alcohol, gratuity and additional costs not included)