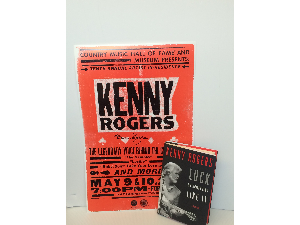 This package includes one (1) Kenny Rogers Limited Edition, autographed Country Music Hall of Fame Hatch Show Print and one (1) copy of Kenny Rogers' autobiography, Luck or Something Like It.