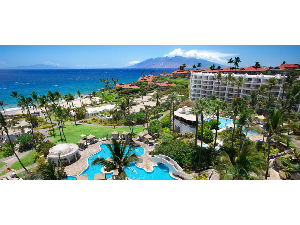 Seven (7) night stay in a garden or mountain view one-room Suite at the Fairmont Kea Lani Maui, daily breakfast for two (2) and round-trip airfare for two (2) Value: Up to $10,249