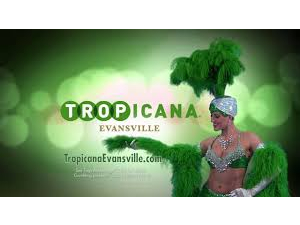 This package will include a two (2) night stay at the Tropicana Hotel, dinner for two (2) at Cavanaugh's and breakfast each morning for two (2). (Evansville, IN) Value: $450
Donated by: Tropicana Evansville