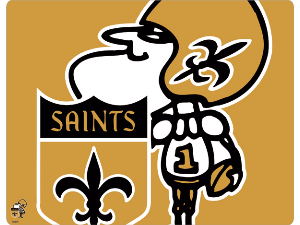 Enjoy two tickets in a luxury 300 level suite on the 50 yard line in the Superdome. Drinks and dinner included, along with a guaranteed good time. Auction winner must be a Saints fan. Tickets can be used for any game during the 2015-2016 regular season on a mutually agreed upon date. (Value: $1700)