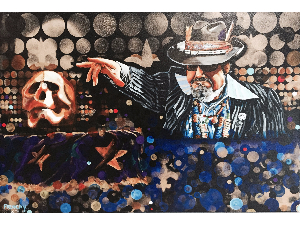 A signed giclee of Dr. John from the passionate and exciting performance painter Frenchy. This piece is from his newest collection that Frenchy is excited to introduce to the NOCCA audience.