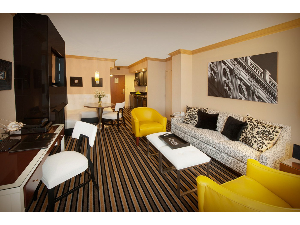 Two nights of deluxe accommodations at the St. Gregory Hotel. Package includes dinner with wine for two at the M Street Bar & Grill and brewery tour for two with Reston Limousine. When your not drinking beer, toast to yourself with a bottle of 2004 Dom Perignon.