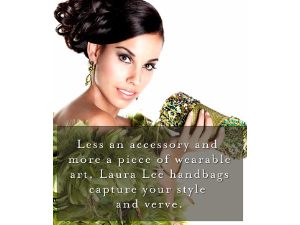 Complete your elegant evening outfit with this classic accessory. The Stepping Out clutch from Laura Lee Designs is an elegant one of a kind purse with full beading and magnetic closure. (winners choice of color)