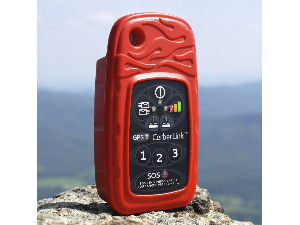 Wherever you go, you can be as reachable as you want to be with the Cerberus Global Communication System. The Cerberus system lets you exchange messages with friends, family, and colleagues-wherever you are in the world. Cerberus will send you critical alerts, tailored to your exact location. Let your friends ride along by sharing your experience on your favorite social website. Cerberus can even help you get assistance in an emergency. Package includes the CerberLink in black and one year of service.