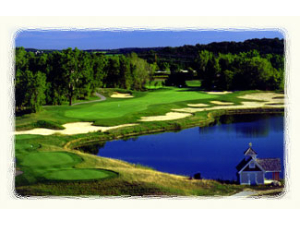 Golf "Fore" Four - Morningstar Golf Package. Golf is the New Happy Hour. Grab your fearsome foursome and hit the green. Treat your friends or family to an afternoon of pitching, putting, pub eats and pilsners while getting wild in the woods. Nuff said. Donated By: Morningstar Golf Value: $220