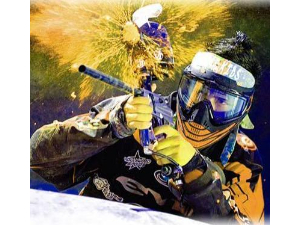 Make Paintball Dave's your weekend destination with your friends or family with this 8-person rental package! Paintball Dave's boasts it is The Oldest Indoor Paintball Field in the World! Experience the excitement as you and your friends get into your team uniforms, put on your helmets and are issued your guns. You load it up... Now the game begins. Your heart rate sky rockets. You begin to work your way behind enemy lines, splattering them with paintballs while you work toward capturing their flag. YOU WIN!! Admission, Vests, and Gun Rental for 8.
Donated By: Paint Ball Dave's Value: $300