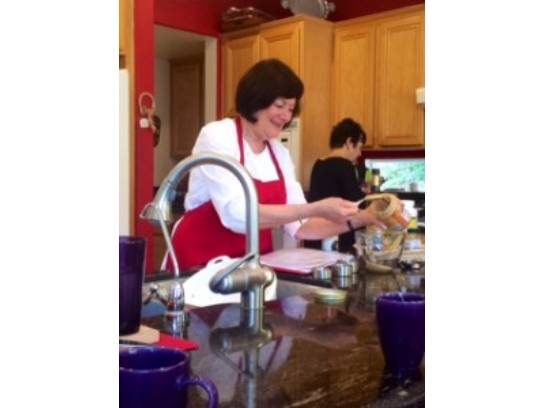 Enjoy a one month membership to learn Brazilian Jiu Jitsu. Jiu Jitsu is the combination of martial arts and combat sport systems. Certificate is good for new customers only and recommended for participants aged 5 years and older. Must redeem by June 2021 and valid only at the Stronghold Headquarters in Point Loma. Then celebrate the new you by hosting a zoom cooking class for 10. Zoom Healthy Cooking Class for ten (10) guests is given by Freddi Pakier, Certified Health Coach, author of "52 Weeks of Food for the Soul" and visiting guest chef at Rancho La Puerta Spa. All classes are gluten free with quick and easy recipes. Certificate is valid for choice of any of the 10 classes that Freddi offers.

Donated By Freddi Pakier, The Stronghold