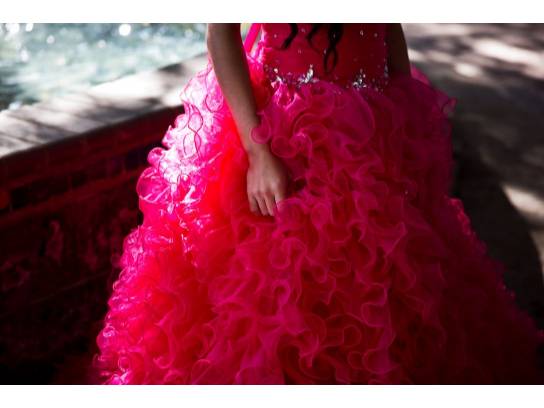 Rebekah Morales, wears a dress for her Sweet 16 photo. Traditionally, her relatives have celebrated the Mexican tradition of the Quinceanera, but she wanted a Sweet Sixteen party because it was what her friends were doing. Laredo, Texas sits on the US-Mexico Border where I-35 begins its path northward to the Canadian border. Photo by Todd Heisler/The New York Times

In 2010, he was part of the team that won the National News and Documentary Emmy for One in 8 Million, a web series for the New York Times chronicling the lives of everyday New Yorkers.