46 left
Hidden
Only 46 available
Sold Out
Sold Out

20 left
Hidden
Only 20 available
Sold Out
Sold Out

Complimentary entry for 1 (one) representatives (must RSVP 10 days prior to event),

Complimentary entry for 1 (one) representative (must RSVP 10 days prior to event),

May set up table to display additional company marketing,

Complimentary entry for 2 (two) representatives (must RSVP 10 days prior to event),

May set up table to display additional company marketing,

So many loved ones each year take a stand and step out of the comforts of their homes in order to do one thing ? to fight for our freedom. We as a nation need to show our support to our troops and our "RED (Remember Everyone Deployed) Friday" t-shirt is just another way to show your gratitude for these brave men and women. We know Friday is already the best day of the work week and we found a way to make it even better! Forget the neutrals and stand out for good in our fire red, "RED Friday" tee!

RED Friday T-Shirt ()
$
Donation
$
Have a discount code? Click here to enter it.

A service dog has been awarded to local Jackson veteran

"I want to send a sincere  thank you for the donations for me to get this beautiful puppy. This would not have happen if American Warrior Initiative did not get involved. I truly have to say that you are my hero. Faith (dogs name) has been with me less than 24 hours and she has already giving me the push to get out of bed and be more active. I only see great adventures between Faith and me in the future.

If anything that I could ever do to help your organization out, please don't hesitate to ask. 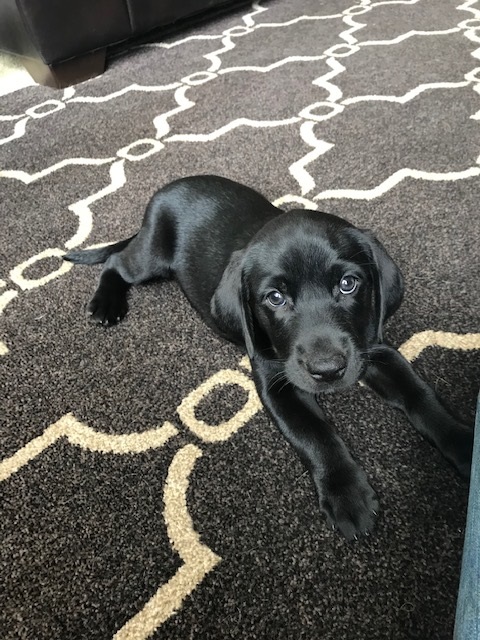 The objective in offering the course is to provide a platform whereby real estate professionals can be trained and equipped to handle with excellence the home purchase needs of active duty and former military clients. This course offers essential guidelines to equip real estate agents with the education they need in order to provide a higher level of service to active duty and veteran clients.

Thecourse will be led by

Karen Vaughn, the mother of fallen US Navy SEAL, Aaron Carson Vaughn (SEAL Team VI). On August 6, 2011 Aaron was killed in action in the Tangi River Valley of Afghanistan when a chopper (call sign Extortion 17) carrying thirty Americans was shot from the sky while rushing into battle. Losing Aaron changed everything...and put Karen on a new path.

Over the past eight years, Karen has emerged on the national scene as a powerful spokeswoman for not only our defenders still fighting on foreign soil and securing peace across the globe, but also as an advocate for a better, stronger, more resilient America.

Carrying on Aaron's legacy has brought this Gold Star mother through the halls of Congress, into private meetings with Presidents Bush, Obama, and Trump, into two National Press Conferences, onto dozens of national television sets, including CNN, NBC, MSNBC, Fox News Channel, Fox Business Channel and more. She's had well over one hundred appearances on national radio programs and has been featured on large stages across this country as a keynote speaker, including a guest speaker position during opening night of the 2016 Republican National Convention. In 2017 she became the bestselling author of World Changer: A Mother's Story.

Karen has served as a keynote speaker for Fairway Independent Mortgage's American Warrior Initiative since January 2017 and launched AWI's Freedom Tour in January 2018.

She has been married to Billy Vaughn for thirty-eight years and still believes her greatest accomplishment on earth was raising her three children, Aaron, Tara, and Ana.

This course has been approved for 2 hours of Elective Continuing Education Credit and is sponsored by Fairway Independent Mortgage's American Warrior Initiative.