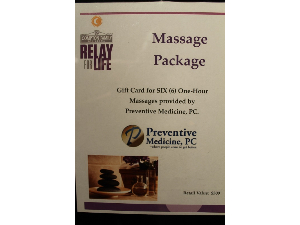 Gift Certificate for (6) one hour massages