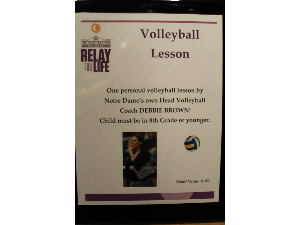 One personal volleyball lesson by Notre Dame's Head Volleyball coach DEBBIE BROWN! Child must be in 8th grade or younger