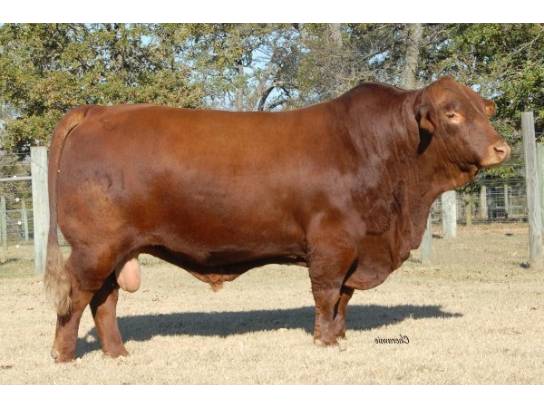 In the breeding of purebred cattle, a handful of sires will set themselves apart as distinctive with the ability to influence generations of cattle well after they are gone. "Statesman 100S" and "Yucatan 175Y" are two such Red Brangus sires. Very limited semen is remains to be offered on each, and it is only in special events that these sires will be offered. 5 units of CSS semen are offered on each.