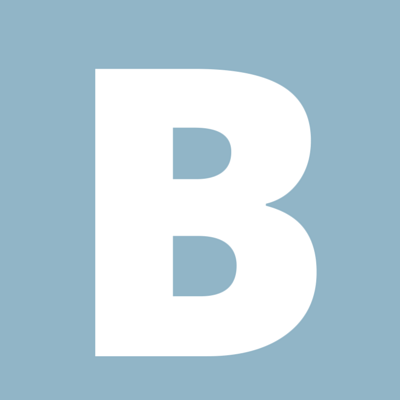 The 2019 Brandworkers Awards Dinner gathered hundreds of people passionate about economic justice to celebrate the abundant power of workers.

We applauded inspiring Champion of Economic Justice honorees, award-winning documentary filmmaker Rachel Lears, organizers of the international Google Walkout for Real Change, and NYC Human Rights Commissioner Carmelyn Malalis. And we danced the night out with a performance from Bulla en el Barrio.

Thank you to the Brandworkers community for celebrating together and raising $180,000 for food factory worker organizing. 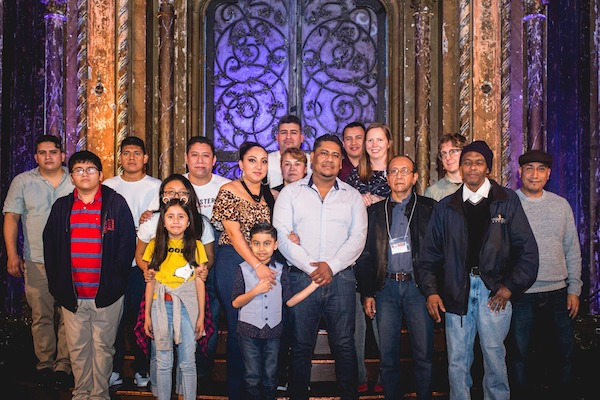 Follow Brandworkers on Facebook for more 2019 Awards Dinner photos, and for more news and events throughout the year.

Thank you to the 2019 Brandworkers Awards Dinner

Filmmaker Rachel Lears knows that when ordinary people realize their power, they are capable of extraordinary things. 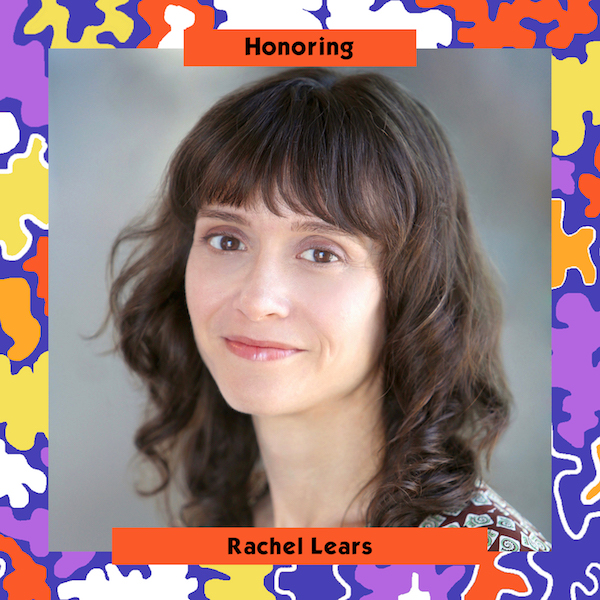 Rachel's interest in economic and worker justice sharpened during the Occupy Wall Street movement in New York. During her first meeting of the Immigrant Worker Justice Group in fall 2011, she listened as immigrant workers, including Brandworkers members and other leaders in the food industry, discussed the many ways they were abused - wage theft, unsafe conditions, and discrimination, among other poor working conditions. The workers had not come to complain, though. They were powerful, organized, and fighting back.

At the time, Rachel has just finished her PhD in Cultural Anthropology at New York University and was pursuing a career in film. Workers like those she met in the Occupy movement led her and co-director Robin Blotnick to create The Hand That Feeds. The film followed a groundbreaking, multiyear campaign - organized by the workers of Hot & Crusty, a popular New York restaurant, with the support of the Laundry Workers Center and allies such as Brandworkers - to win wage increases and benefits. Over the course of filming the campaign, Rachel was struck by how workplace organizing could create space for people - like Mahoma Lopez, a shy sandwich maker and transformative labor leader - to fully express their power.

Rachel's most recent documentary, the award-winning Knock Down the House, is just as much about powerful, everyday people taking action. The film follows the unlikely primary campaigns of four women, sick of watching powerful, entrenched politicians re-elected each year with very little to show for it. One of those women is restaurant-worker-turned Congresswoman Alexandria Ocasio-Cortez, who unseated the fourth most powerful Democrat in Congress through running a people-centered campaign grounded in the principles of economic justice.

By profiling everyday leaders like Mahoma and Congresswoman Ocasio-Cortez, Rachel inspires us to realize anyone - from a sandwich maker to a Congressional candidate - can make change through collective action. For that, we couldn't be more pleased to present her with this year's Champions of Economic Justice award at the 2019 Brandworkers Awards Dinner.

The Google Walkout organizers know that by organizing together workers can amplify their power. 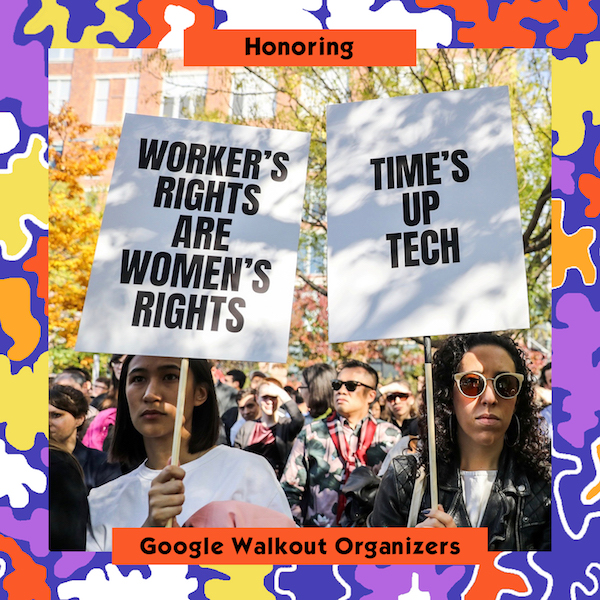 The tech industry would have us think of Silicon Valley as some sort of worker utopia -and point to perks like Ping-Pong tables, relaxed dress codes, and free food within their sprawling campuses as evidence that they actually value their workers. But the organizers behind the Google Walkout for Real Change have dispelled this myth.

Last November, seven Google employees led over 20,000 Google workers in a mass, global protest against sexual harassment and poor working conditions at the tech giant - shining a bright spotlight on abuses in one of the world's biggest and most powerful corporate employers. These workers came together with a long list of demands, including an end to: a culture that permits sexual harassment and retaliates against those who report it; a racist and sexist history of devaluing the work and capabilities of women and people of color; and a structure that exploits contractors, who make up the bulk of the company's workforce, by denying them equal pay and benefits.

The organizers of the Google Walkout recognize that by organizing together workers can amplify their power. Just like food workers have control over whether entire cities can eat, tech workers realized they have control over the products of the future - they're the ones building them. Since the Walkout, organizers have wielded this power to secure better pay and benefits for contract workers, banned mandatory arbitration clauses in labor contracts, and prompted an overhaul of the company's sexual misconduct policies. In the year since, workers at Google continue to lead both at their workplace and by supporting new organizing efforts across the industry.

Stephanie Parker, Meredith Whittaker, and Amr Gaber, organizers of the Walkout, will be present at the Oct. 28th dinner to accept the award on behalf of the broader movement. For showing us that workers in all industries - no matter how big or influential - have power in abundance, we couldn't be more excited to honor the organizers of the Google Walkout at the 2019 Brandworkers Awards Dinner as Champions of Economic Justice. 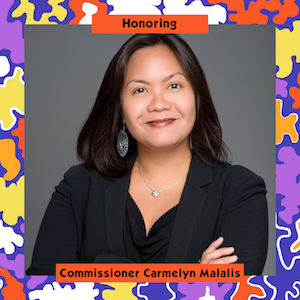 Carmelyn P. Malalis has been fighting against harassment and discrimination since well before she became the Chair and Commissioner of the New York City Commission on Human Rights. As a partner with Outten & Golden LLP, a firm that advocates for workplace fairness, Commissioner Malalis became known as a fierce defender of some of our city's most exploited workers. She co-created and co-chaired the firm's LGBT practice group, and co-chaired other practice groups including the Disability and Family Responsibilities Discrimination practice group. For over a decade, she successfully represented workers in a wide range of discrimination claims, including those based on race, ethnicity, gender identity and expression, sexual orientation, age, and pregnancy.

In 2015, Malalis began her first job in public service as the head of the NYC Commission on Human Rights. She quickly set about leading the agency to increase enforcement and prevent discrimination. Under her watch, the Commission is taking its mission seriously - to investigate and prosecute harassment and discrimination in our workplaces and homes. She has prioritized outreach, working across agencies in city government to hear directly from workers and offer maximum protection. When Brandworkers members at Tom Cat Bakery came under attack by ICE, Commissioner Malalis worked to uplift their voices in public forums and ensured they had a seat at the table.  She's redoubled her agency's outreach, with a particular focus on those most at risk of discrimination and harassment, including trans people, religious minorities, immigrants, people with disabilities, and communities of color. She has also ensured her agency reflects the city it serves by hiring and championing staff members from directly impacted communities who speak over 30 languages.

During her tenure, Commissioner Malalis has also centered the issue of sexual harassment in the agency's work, recently adding a unit inside her office solely dedicated to the issue. Earlier this year, she also oversaw the development and launch of an interactive, online tool to combat sexual harassment in the workplace. The training, now mandatory for most employees in New York, incorporates real-life situations Commissioner Malalis and her staff have sourced from workers. Launched just this past April, the training has already been completed over 150,000 times.

By approaching her work from the perspective of those who have been historically disconnected marginalized by government and business, Commissioner Malalis is helping working people achieve the safety they deserve on the job and beyond. For showing us what's possible when an agency adopts an intersectional approach to its work, we couldn't be more thrilled to recognize Commissioner Carmelyn P. Malalis as a Champion of Economic Justice at the 2019 Brandworkers Awards Dinner.

Thank you to the dinner sponsors who make food factory worker organizing year-round and this gathering possible!

I would like to purchase a ticket and automatically be registered to support Brandworkers!

I am not purchasing tickets, but would like to register to support Brandworkers!