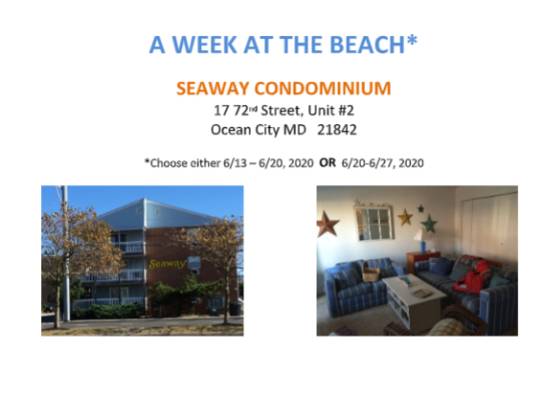 This is a 2 Bedroom & 2 Bath 1st Floor Condominium located in central Ocean City, Maryland. There is a queen bed in the master bedroom, two sets of bunk beds in the second bedroom and a queen sleeper sofa in the living room. It is walking distance to a number of restaurants and mini-golf... Best of all though is it is 50 YARDS from the beach and you don't have to cross the highway!

Off Street Parking for 2 Vehicles