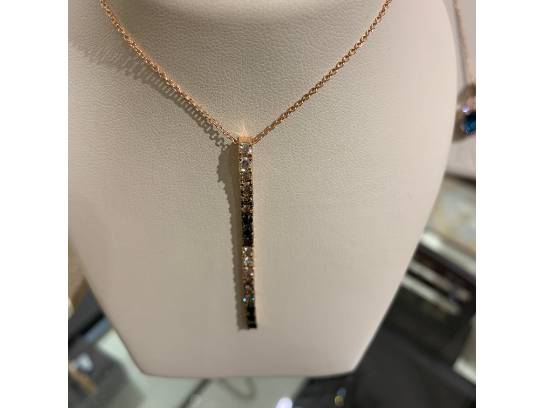 Made up of Chocolate, White & Black Diamonds this stunning bar pendant by LeVian is the perfect addition to your jewelry collection! Dress it up or down but this piece is STUNNING!