Take in a private presentation and enjoy some exclusive gifts before returning to the 2020 Dreaming Tree Gala on the site of the historic Disney Family Farm.

Walt Level Guests are given premium seating near the stage, and a private meet and greet with our keynote speaker Tom Nabbe.

We invite you to bask in the history of Walt's beloved Marceline while supporting the amazing work of the Walt Disney Hometown Museum.

Enjoy an amazing evening on the historic Disney Family Farm.

As always, an exclusive 2020 Dreaming Tree Gala gift will be awaiting your arrival.

The evening will begin with a visit from a 'special guest' before dinner, followed by an engaging talk with Disney Legend Tom Nabbe.

And as always, no gala would be complete without a 'kiss goodnight' fireworks display.

This is your chance to enjoy a magical evening in Marceline while supporting the Walt Disney Hometown Museum.

Enjoy an amazing evening on the historic Disney Family Farm.

As always, an exclusive 2020 Dreaming Tree Gala gift will be awaiting your arrival.

The evening will begin with a visit from a 'special guest' before dinner, followed by an engaging talk with

friend of the museum and Disney Legend Tom Nabbe.

And as always, no gala would be complete without a 'kiss goodnight' fireworks display. 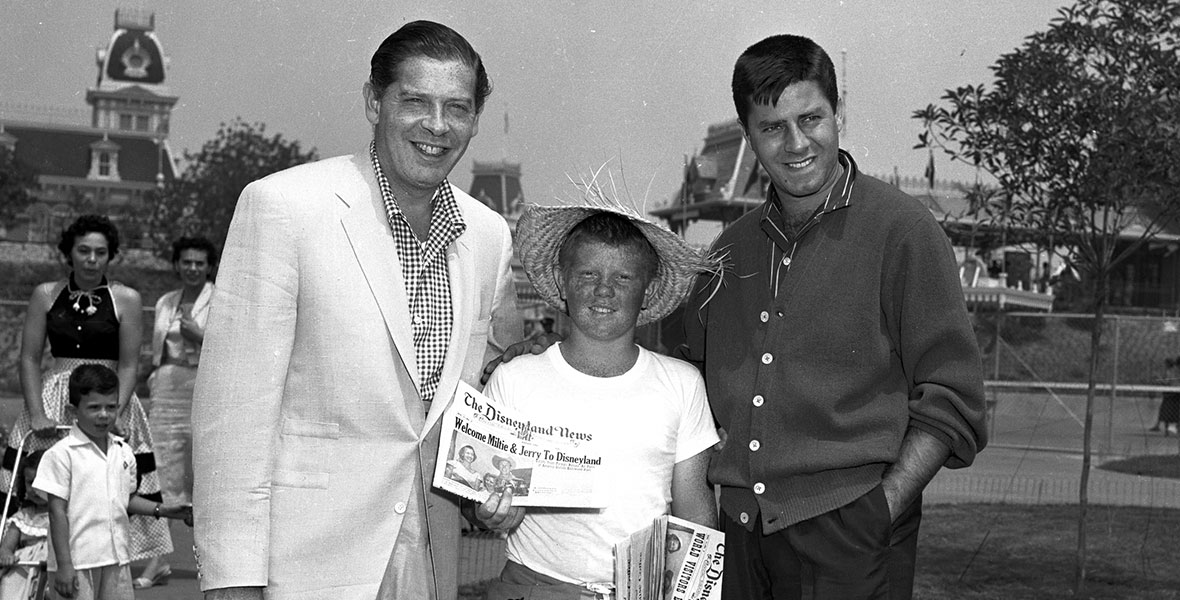 In 1955, twelve-year-old Tom Nabbe was selling newspapers at Disneyland when he heard that Walt needed someone to play the role of Tom Sawyer. Tom pestered Walt until he got the job. Nearly fifty years later Tom retired, a Disney Legend.

You can't be Tom Sawyer forever. Eventually, you grow up. When Tom Nabbe became a little too tall, a little too deep-voiced, to continue his childhood on Tom Sawyer Island, Disney made him a ride operator. No more magazine covers for Tom. No more photos with celebrities. But it wasn't the end of Tom Nabbe's career; it was just the beginning.

In true American fashion, Tom pulled himself up by his bootstraps and rose through the Disney ranks. He became a manager at Disneyland, was instrumental in the opening of both the Magic Kingdom and Epcot in Florida, and was tapped as part of the Disney team sent to Paris to open the theme park there.

Watching Disneyland being built just down the road from his house, and later selling newspapers on Main Street, U.S.A.

Finding fame as the namesake lord of Tom Sawyer Island

Taking a key role in the construction of the monorail system, and later the operation of Disney's enormous logistical warehouses

Getting a well-deserved window on Main Street

Tom Nabbe's Disney story began as a fantasy and ended as the embodiment of the American dream. From straw hat to Disney Legend-these are The Adventures of Tom Nabbe!