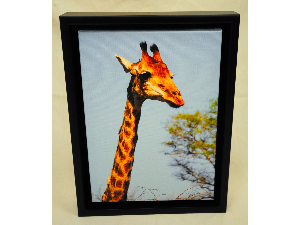 Take home a piece of the majesty that is Africa with this original photograph taken at the Singrita Reserve. This framed photograph by Tracy Burn Scurto Photography is sure to always remind you of the Bear Tie Ball 2014. Donor: Tracy Scurto