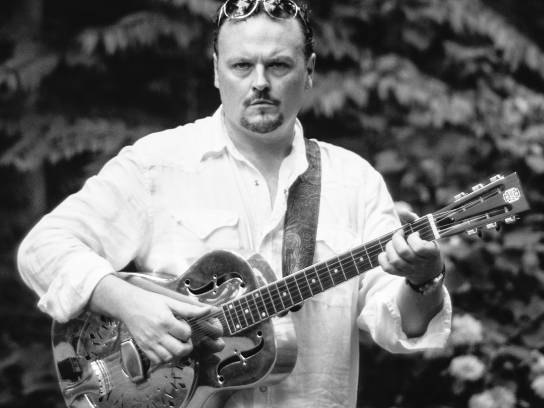 A one-hour guitar lesson with Kevin Hanson. Date and place to be mutually determined between Kevin and the auction winner. Valid through March 2020. Guitarist, composer, and producer Kevin Hanson has enjoyed a
career as a musician in an array of musical circles. As a touring
and recording artist in the rock, jazz, RnB, and hip-hop styles,
he has delved deeply into a lot of music and shared it with
audiences the world over. His professional engagements include
performances and recordings with Huffamoose, The Roots, Jay-
Z, Usher, Jill Scott, The Fractals, and many more. He is an avid
songwriter who has released several albums of his original songs
and collaborations with writers and producers in rock, RnB, and
jazz. Kevin has recently enjoyed performing with The Philly
Pops Big Band. Calling Philadelphia home, Kevin is currently
on faculty at The University Of The Arts. Check out Kevin's work at Kevinhansonmusic.com.