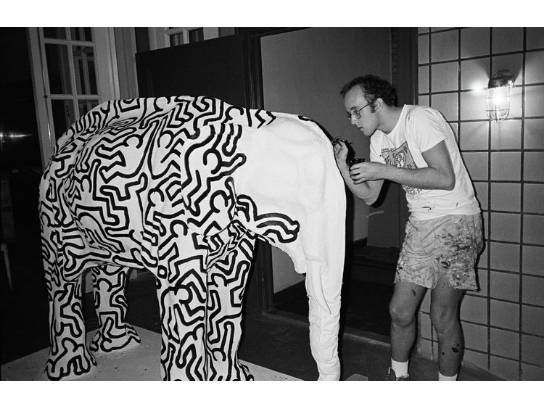 In 1980, Paige Powell, a fifth-generation Oregonian, left Portland for New York City. After landing at Interview, first as advertising associate and later as associate publisher, Powell became close with Andy Warhol, Jean-Michel Basquiat, Francesco and Alba Clemente, Tama Janowitz, Stephen Sprouse, and others who would come to define the New York art scene over the next decade. Camera in hand, she moved through the city, forming relationships with people and places that spanned across cultural and economic boundaries, capturing the city's many realities. Taking up video in the early '80s, Powell was one of the first in New York to adopt camcorder technology. After returning to Portland in 1997, she continued to embrace digital tools as she documented the rising careers of close friends such as Thomas Lauderdale of Pink Martini and filmmaker Gus Van Sant. Today, Paige continues her work as a life-long animal rights activist.