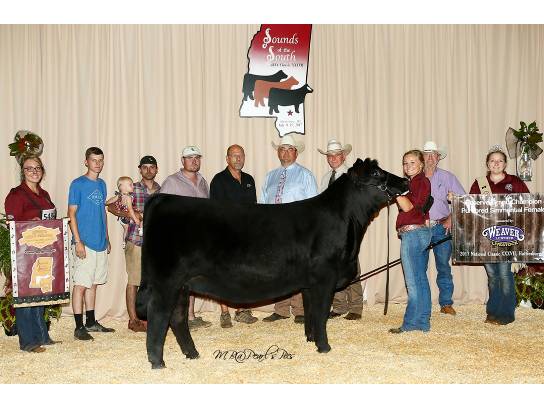 Selling a Heifer Pregnancy by Mr HOC Broker (ASA 2531081)
Due to calve Sept 18, 2019 - Recipient is a commercial cow available for immediate pickup near Middletown, IN

A genius combination ready to deliver elite Simmental success! This fall heifer baby will blend the immense power of Broker with Serena D74 "Lila", the first $100,000 daughter of the amazing Serena 74Y, herself a Frozen Gold legend.
This ought to be a beautiful combination as Broker is the perfect match for Lila whose very first calf sold for $12,000 to the Tebo family, IN, this past fall.
Lila was produced from a flush of Serena 74Y that we sold in our 2015 Frozen Gold and she went on to sell for $100,000 and be selected as the Reserve Champion Female of the 2017 National Classic and Calf Champion in both Louisville and Denver.
Lila D74 is the flush mate sister to the now-deceased STCC Plymouth Rock that was the $55,000 high seller of the 2016 Trennepohl Right By Design Sale and later won his division at the National Western.
This is strong Simm-Genes to say the least?Serena delivers.