This is a testBuy Yao Wine Here

WildAid's A Night In Africa Gala 2019

Attend WildAid's 2019 Gala, "A Night in Africa"
Join us to celebrate Africa's incredible wildlife heritage and learn what we can do to mobilize public support for conservation... because "Poaching Steals From Us All." 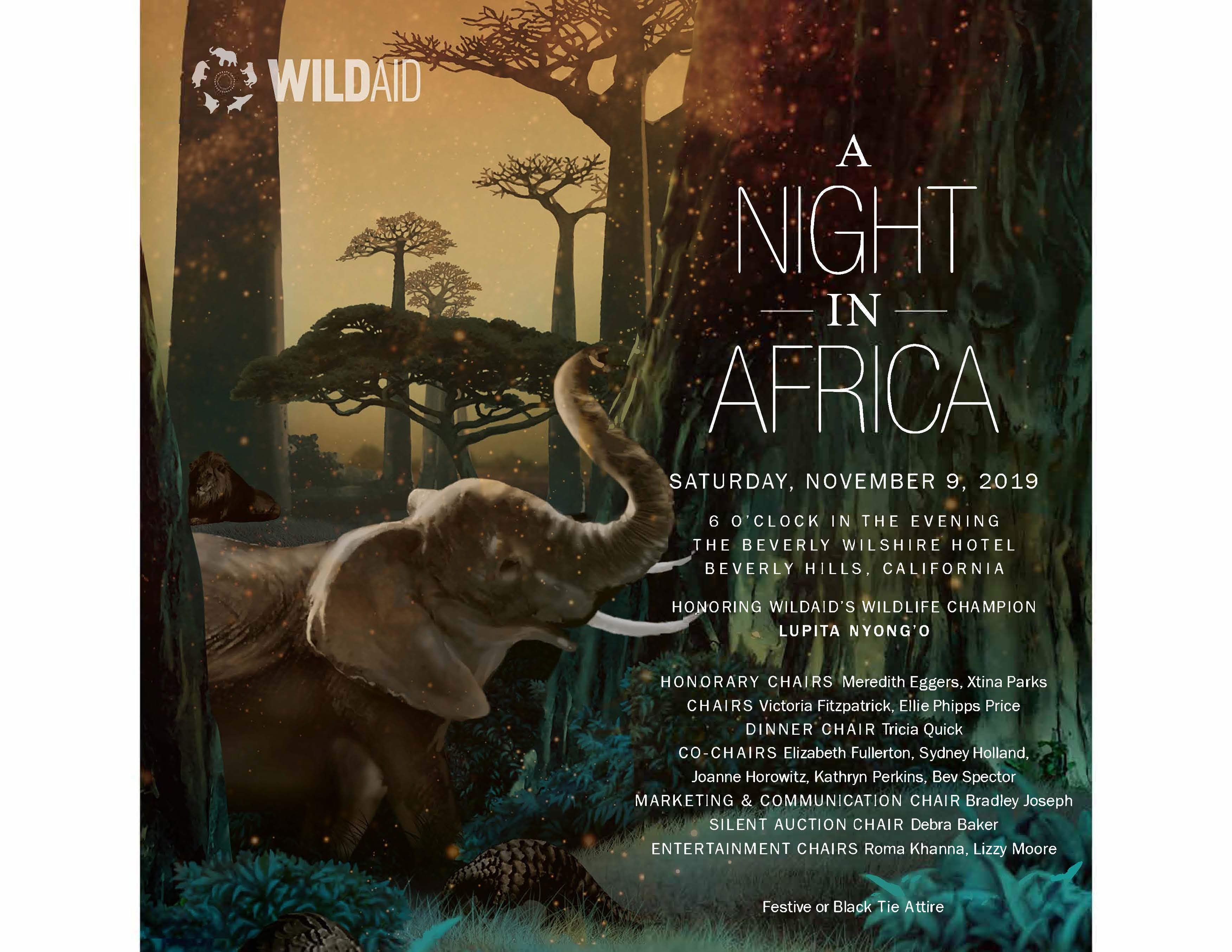 Each year WildAid hosts a star-studded gala fundraiser to celebrate progress in protecting endangered species and marine habitats. We are proud to share the successes made possible by our generous supporters and to showcase recent work by our portfolio of ambassadors. You can see photos from the evening here.

We were thrilled to honor WildAid ambassadors Danai Gurira and Bryce Dallas Howard with our Wildlife Champion Awards for their exceptional dedication to ending illegal wildlife trade. 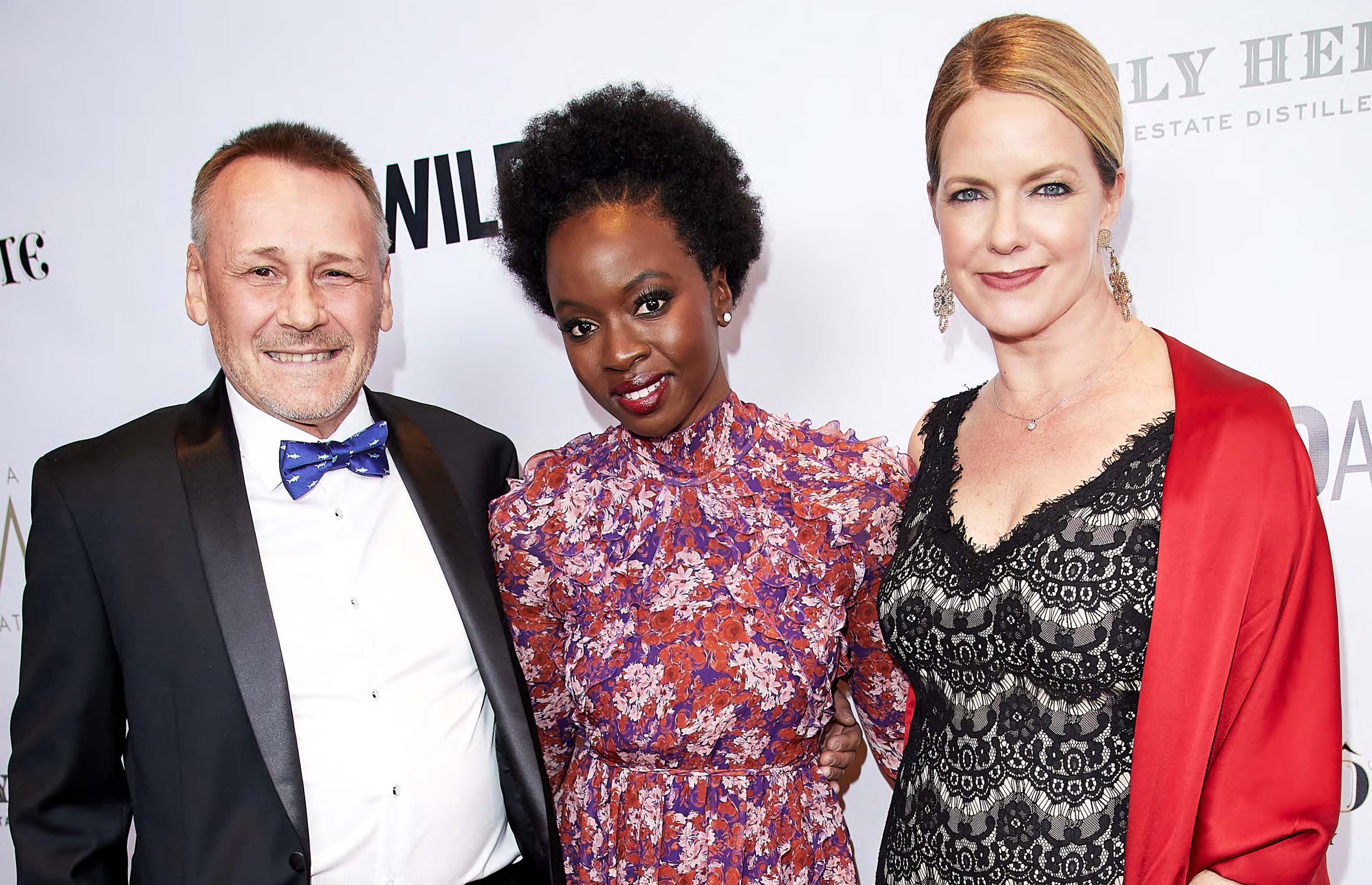 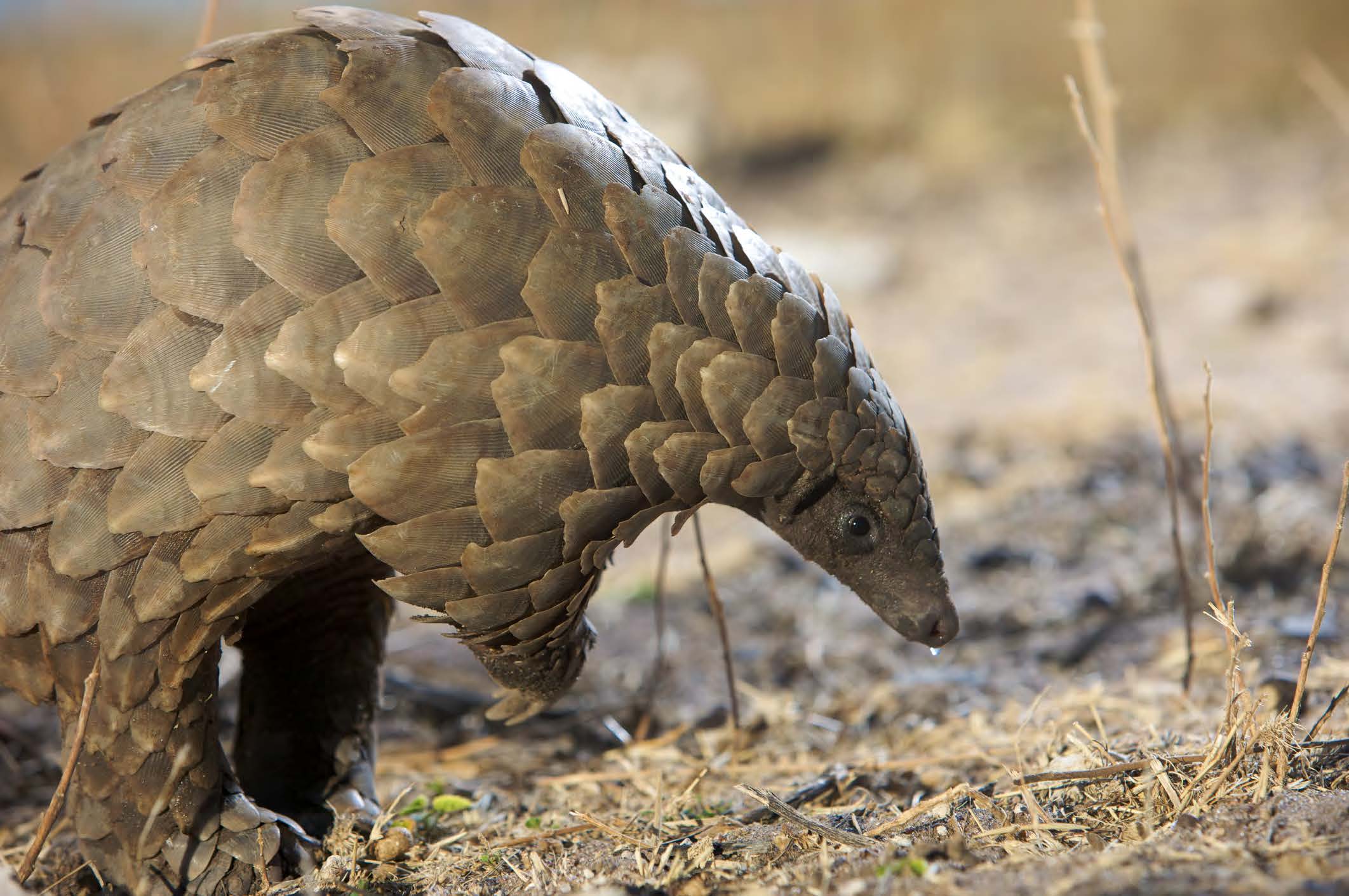 More than 1 million pangolins were traded illegally between 2000 and 2013 to satisfy demand for scales in China and Vietnam.

"POACHING STEALS FROM US ALL"

In 2018, WildAid received its third consecutive perfect 100-point score from Charity Navigator for financial transparency and efficiency, a score given to fewer than 1% of rated charities. Select here to learn more about WildAid's rating. 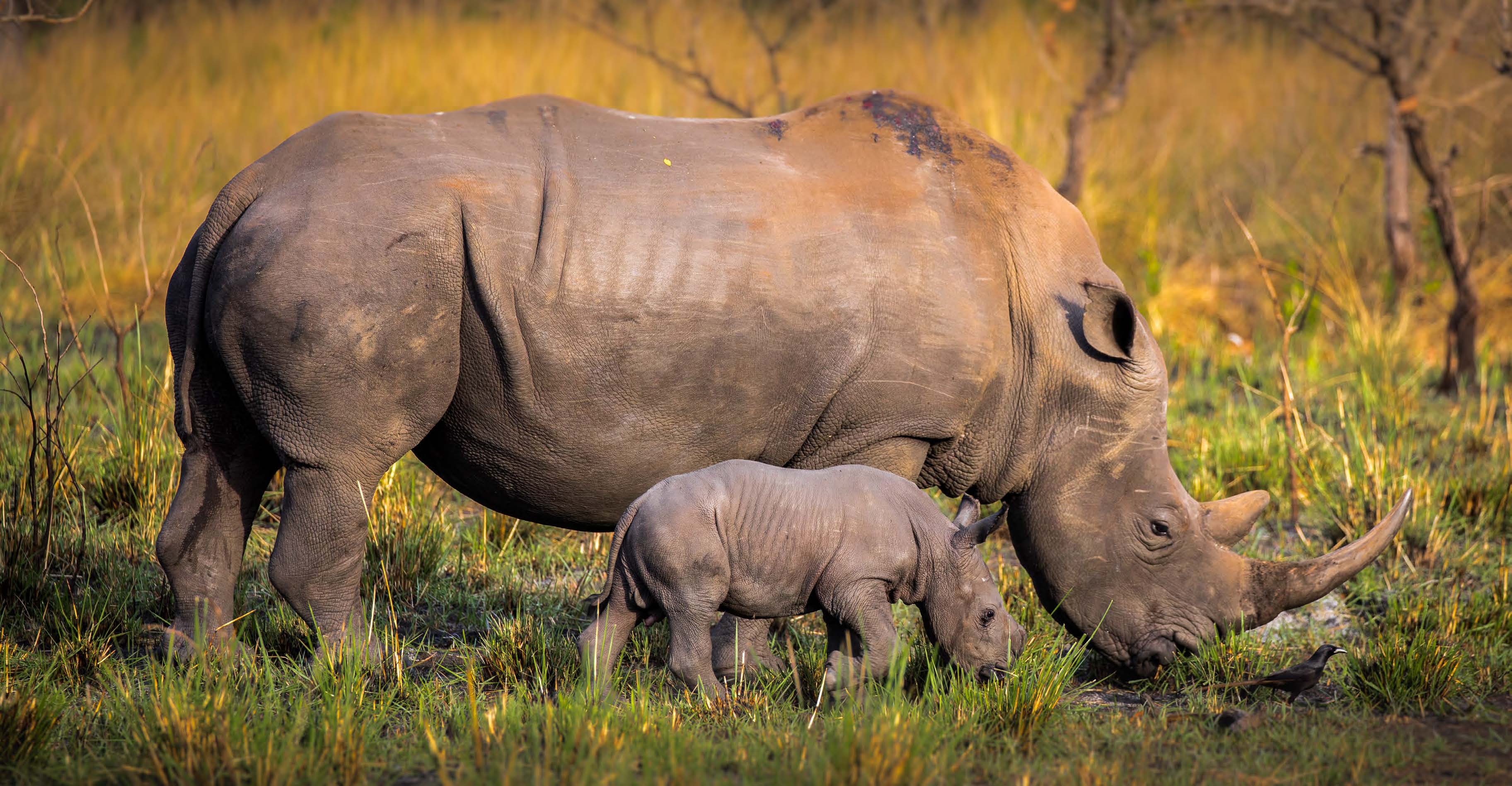 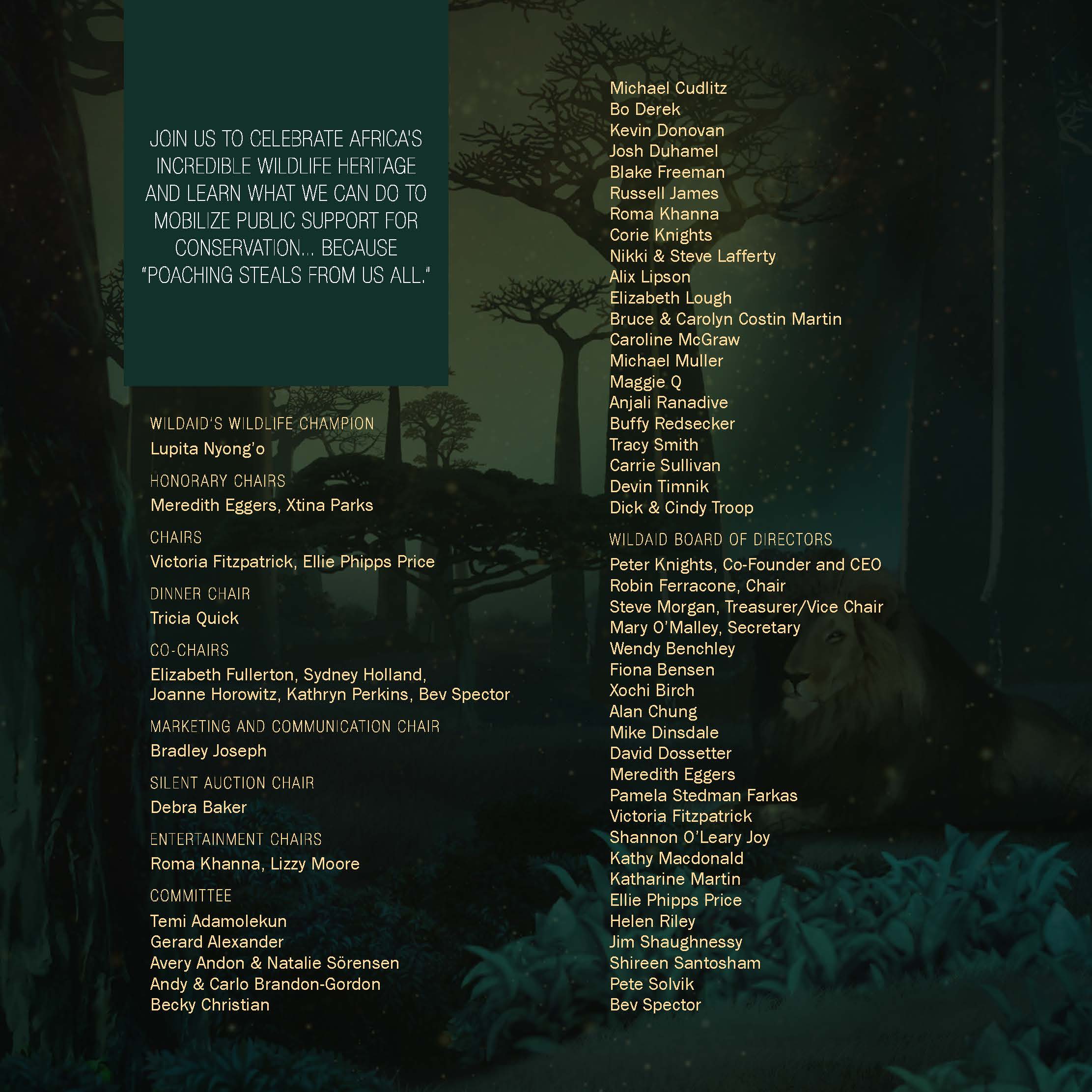 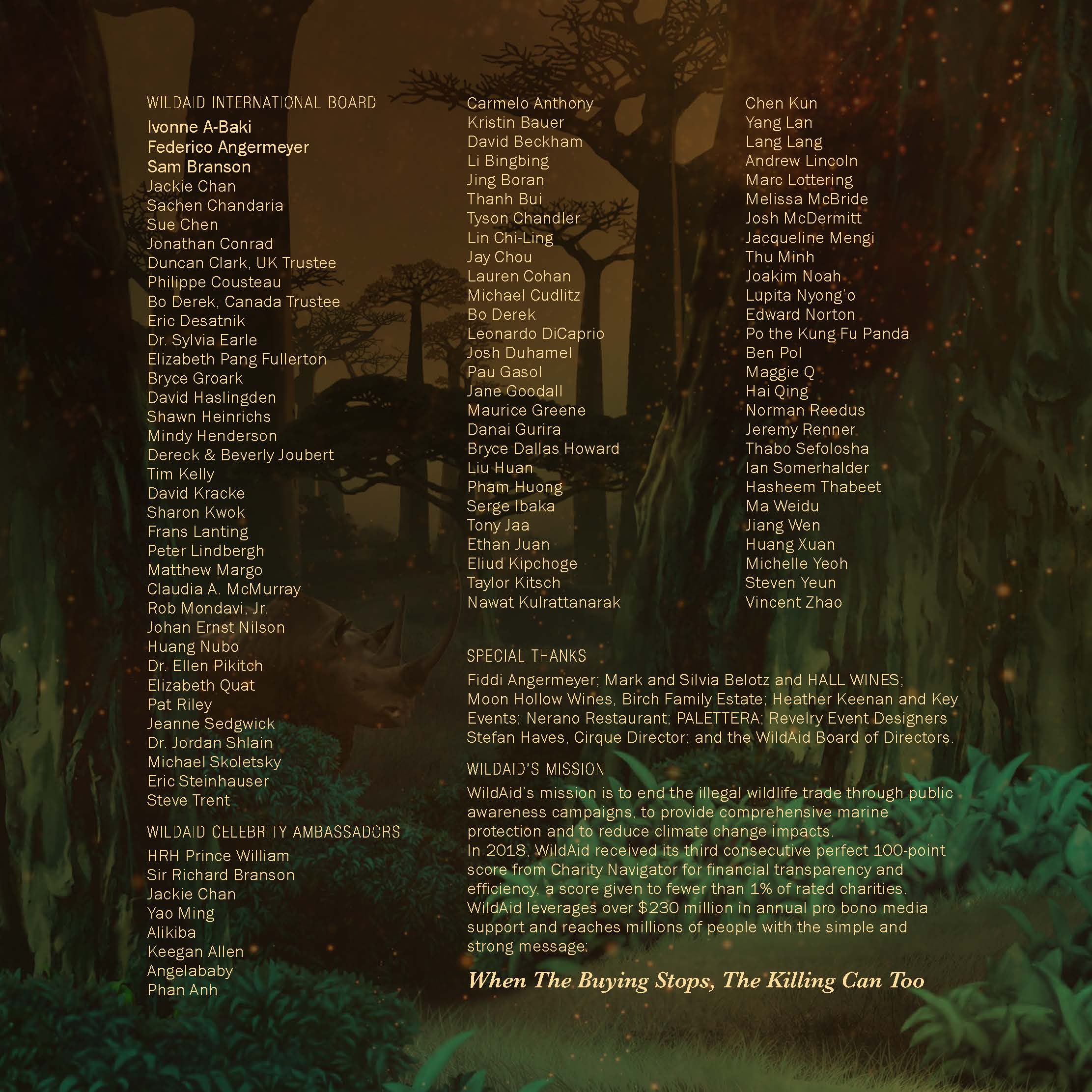 I would like to purchase a ticket and automatically be registered to support WildAid!

I am not purchasing tickets, but would like to register to support WildAid!