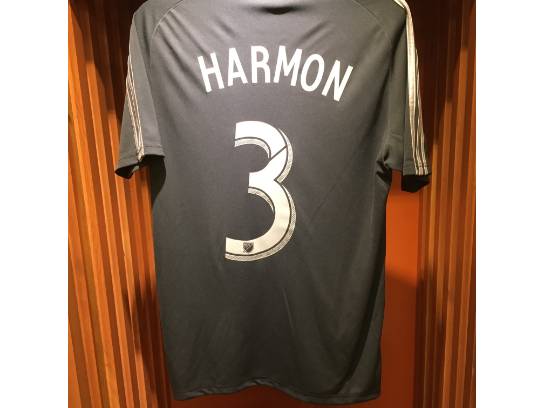 Own actor Richard Harmon's game-worn and signed jersey from the charity match on September 15, 2018!