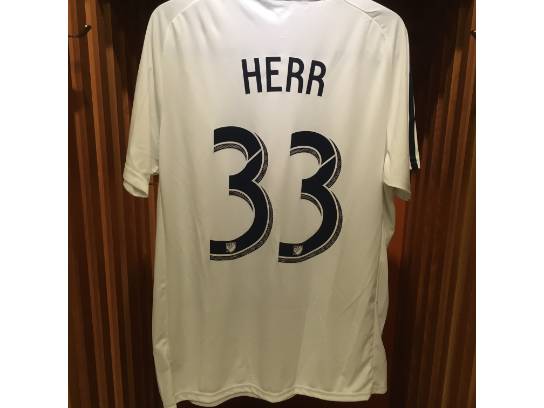 Own actor Andrew Herr's game-worn and signed jersey from the Legends & Stars charity match on September 15, 2018!

Andrew Herr is a Canadian actor, born and raised in Ontario. Andrew is well known for his role as Jonesy on the TV hit Letterkenny. Notably, Andrew has starred in two hockey movies, Mr. Hockey: The Gordie Howe Story and Goon: Last of the Enforcers. Additional credits for Andrew include Adventures in Public School and The Unauthorized Saved by the Bell Story.