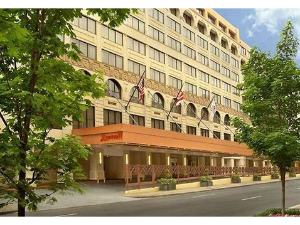 Enjoy a one night weekend stay at the Washington Marriott Georgetown Hotel, complete with breakfast buffet for two in the Atrium Restaurant. Reservations will be accepted on space available basis only. Expires April 7, 2016.