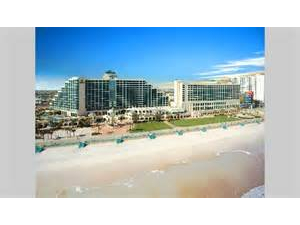 Only minutes from Daytona International Airport and Daytona Raceway, the hotel is located on Daytona's pristine beaches at Ocean Walk Village - a $400 million vacation and entertainment district.