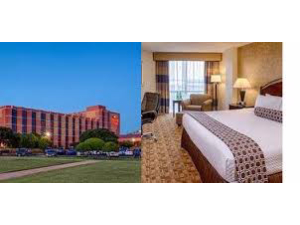 Come to the Heart of Texas to the Crowne Plaza Hotel in Austin! Located at the Crossroads and only minutes to 6th Street, The Domain shopping, University of Texas History museum and more. Your certificate Is valid for a 2 night complimentary weekend stay with breakfast for 2. Expiration date is April, 2016