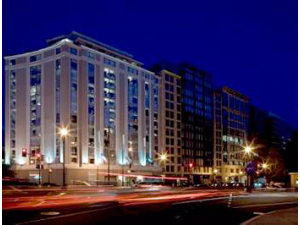 Enjoy a one night weekend stay in Delxue Accommdations at The Donovan- A Kimpton Hotel in Washington DC. Washington DC Attractions Just Steps from Donovan Hotel. Based on availbility and expires April 2016

Our nation's capital is so much more than pomp and politics. Sure there's governance and the task of running the free world, but the folks managing our country and those who work with them need some serious downtime too. So there's gourmet restaurants helmed by celebrity chefs, incredible live music and nightlife, shopping at distinctive boutiques and as for museums, well, we just have one word for you: Smithsonian. And that's just the beginning. As every school kid knows, there is also the grandeur of our great public buildings and monuments such as the Capitol building and Lincoln Memorial to explore and admire. And as impressed as you are by these monumental works of man, you'll also be pleasantly surprised at the amount of nature and outdoor activities available. Choices are many and include hiking trails and bike and jogging paths in places like Rock Creek Park, where Washingtonians breathe deeply and inhale the beauty of our city.