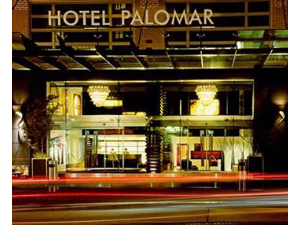 Enjoy a one night weekend stay in Deluxe Accommodations at The Palomar- A Kimpton Hotel in Washington DC. Based on availability and expires April, 2016

Stylish sophistication and artistic expression converge at Palomar Washington DC, a Kimpton Hotel, where "Art in Motion" comes to life in design and service in the vibrant Dupont Circle neighborhood. Adjacent to the hotel, Urbana Restaurant offers an eclectic menu that takes diners on a culinary tour of the Western Mediterranean. Our stunning Washington DC boutique, lifestyle luxury hotel provides business and leisure travelers alike with an artful sanctuary conveniently situated within walking distance of two of Washington's favorite neighborhoods - Georgetown and Dupont Circle - Hotel Palomar is an ideal destination when visiting our nation's Capital