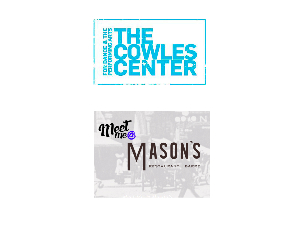 Grab some delightful yummies at Mason's Restaurant & Barre with a gift certificate then saunter next door to enjoy a performance at the Cowles Center with 2 tickets during the 2014-15 Season (excludes the James Sewell Ballet and Cantus).