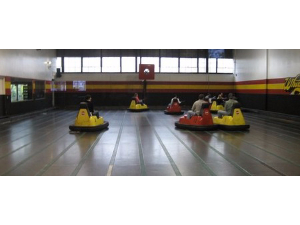 Basketball in bumper cars? Jai lai on an indoor highway? However you describe this hybrid game/sport, it's always equal parts "completely" and "incredible." Get whirly with this $50 gift card and use it at the brand new Whirlyball Bucktown location.