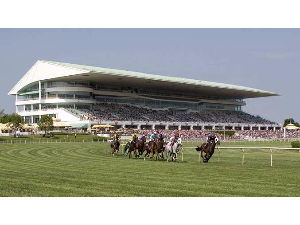 Enjoy the excitement and thrills of a Day at the Races for 6 at Arlington International Racecourse! Root for the home team with 3 of your friends as your Chicago White Sox take on the Texas Rangers on Saturday, June 20th at 1:10 p.m. (parking pass included). Rounding out this package is an autographed photo from the Chicago Bears , including Jay Cutler and Matt Forte.