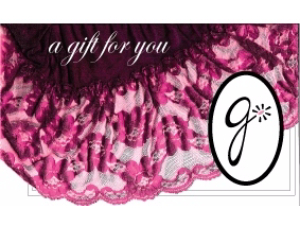 Make a fun evening of it with your BFFs: start with a toy and lingerie shopping party from G Boutique. Then, enjoy a 6-bottle, 2-hour at home wine tasting with a private wine advisor courtesy of Wines for Humanity .